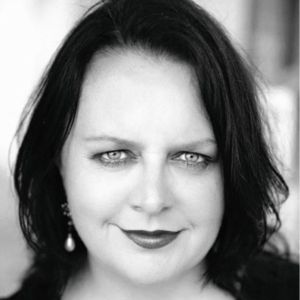 Bettina Smith, is a performing artist and Professor of singing at the University of Stavanger, Norway. She has also taught singing at the Schubert Institute at Baden bei Wien (as an Artist in Residence), the Grieg Academy in Bergen, the Amsterdam Conservatory of Music, and the Norwegian Academy of Music (masterclass).

In 2001, Bettina made her debut at the Staatsoper Berlin in Rossini’s “Il Barbiere di Siviglia”, and has since then been performing at leading festivals and concert halls in Europe. In 2013, Bettina made her operatic debut in the USA, singing the leading role of “Mrs. Schrödinger”, in John Bilotta’s “Quantum Mechanic” at the Fresh Voices festival in San Francisco.

Bettina has a wide repertoire ranging from Medieval to contemporary music, and has extensive experience as an oratorio and cantata soloist, in addition to being an active chamber­musician.

Together with the Dutch pianist Jan Willem Nelleke, Bettina has given recitals all over Europe, including Amsterdam (het Concertgebouw), Oslo, Copenhagen, Helsinki, Reykjavik and Baden bei Wien.

They regularly give recitals in Holland for the organisation Vrienden van het Lied. Bettina has been Artist in Residence at the Laudinella Festival in St. Moritz, Switzerland, and has performed Hugo Wolf’s “Spanisches Liederbuch” in the prestigious Concertgebouw in Amsterdam. In April 2007, Bettina and Mr. Nelleke gave a highly acclaimed recital in the Concertgebouw De Vereiniging Nijmegen, and in May 2007, Bettina gave a solo recital at the Bergen International Festival, together with the Norwegian pianist Einar Røttingen. This duo has also performed together at the Fartein Valen Festivalen in Haugesund, Euterpe­- series, Oi-Oi Festival and AVGARDE­- series, as part of the Grieg-07 Festival.

Bettina has made radio recordings for Dutch, German, Swiss and Norwegian broadcasting and has received several prestigious scholarships, a.o. the Edwin Ruud Stipend and the Herbert von Karajan Music Legacy. She was a prizewinner in the Françesco Viñas competition in Barcelona 2001, and was awarded a special prize given by Dalton Baldwin for outstanding lieder­-singing.

Bettina has released four solo Cds on label LAWO Classics with songs by Fauré, Chausson, Saint-Saens, Debussy and norwegian contemporary composers, all to great international acclaim.She has recorded the complete cycles for voice and piano by Gabriel Fauré. Her fifth CD containing songs by female composers will be recorded in November 2019 and released on LAWO CLassics during spring 2020.

Bettina has also been active as a music educator in the educational initiative “Write a Science Opera (WASO)”, and has taught workshops at the WASO sessions at the Scottish National Opera, Stord Haugesund University College, and the University of Stavanger.